In February 2020, I was fortunate to drive the new 2020 Porsche Taycan (pronounced Tie-con) Turbo S. It provides a fantastic sports car experience.

Much ink has been spilled in the automotive press over the past few years either praising or lamenting the move toward an all electric powertrain. By all counts, the evolution toward electric vehicles is revolutionary. It has required all automakers to prepare for the shift in order to avoid being left behind. This has involved enormous amounts of planning, engineering and money to shift production platforms to an entirely new product that uses fewer parts, but involves greater transitional complexity.

For Porsche, however, the shift to electric vehicles is not as revolutionary as it is a return to form. As Porsche owners, most of us have heard that from 1899-1905 Ferdinand Porsche designed electric and hybrid cars for Austrian coachbuilder Jacob Lohner & Co. The vehicles from 1900 onward used electric hub motors. So while many manufacturers are quite literally scrambling to keep up with the electric revolution, Porsche is simply returning to its roots.

Let’s consider the Taycan Turbo S. The one I reviewed at Bergstrom contained the following:

In short, the Turbo S is loaded with options. Here are some other characteristics to provide more of a view of what this new sports car/platform entails:

From the specifications, one can see the Taycan Turbo S is not a light car by any means. But you would never know it by the ride and feel. It drives like a Porsche. It corners and brakes superbly. Also, I have never experienced a launch mode similar to the Taycan. It is truly as spectacular and visceral as what I imagine it must be like heading down the straights at Road America in a 911 GT3 RSR. An overstatement? Perhaps, but when experiencing the power and handling of the Taycan, it exceeds anything I have ever driven or driven in, including a Tesla. The curb weight should also help greatly in navigating winter roads in Wisconsin.

The Taycan is the first purely electric sports car. Visually, one can easily see the Porsche Design DNA, with its sports car silhouette with Porsche flyline. The Taycan has a striking front based on the 911 with a flat hood that slopes forward with dramatically arched fenders. The rear of the sports car has a continuous light strip. It has a front lower spoiler with carbon fiber inlays and rear fascia with an integrated diffuser.

The Taycan also has very futuristic 21” Mission E Design Wheels and a fixed Panoramic Roof. In keeping with a streamlined profile, the Taycan has door handles which are automatically retractable. It provides Remote Park Assist and Electric all-wheel drive. It has Permanent Magnet Synchronous Motors, a 2-Speed Transmission on the Rear Axle and Porsche Electric Sport Sound. The electric sport sound provides an aural experience reminding you of the power lurking beneath the smooth lines and luxurious interior of the Taycan.

Let’s consider the many achievements the Taycan Turbo S can claim. It has a lower center of gravity compared to a 911. It runs 0-60 mph in 2.6 seconds in launch mode, making it quicker than a 911 Turbo S. It provides 1.2G’s in acceleration, which I experienced firsthand. Make no mistake, while the ride is more comfortable than my Grandma’s 1980s Cadillac, the speed and handling match, if not exceed, most street legal Porsches with an internal combustion engine.

Porsche has also considered how best to charge the Taycan, keeping a step ahead of the other automakers in charge time. Charging ports are located on both driver and passenger sides, allowing different types of kW charging systems. There is an 800 volt charging system with up to 270 kW for short charging and travel times. Charging terminals are also available at Electrify America charging locations along the highway and other urban areas with the Porsche Charging Service. The first 30 minutes of charging is free. In addition, there are 800 volt charging systems available at designated dealerships.

The Taycan also contains a 50 kW on board DC Charger for charging from a 400 volt charging infrastructure (Optional On Board DC Charger with 150 kW). There is also a 9.6 kW on board AC-Charger for convenient charging at home and on the go. (Optional on board AC Charger with 19.2kW). Charge time varies per voltage connection. However, the existing platform allows charge time from 5% charge to 80% charge in 22.5 minutes in optimal conditions. While driving, the Porsche Recuperation Management allows maximum recuperation of up to 265 kw, offering effective recovery of energy when decelerating.

So what to make of all this? My investigation and experience of the Taycan Turbo S started with curiosity, then led to an unusual aural, visual and visceral experience during the test drive. Unusual in the sense that the experience far exceeded my expectations. As a traditionalist, I know that I will own, love and enjoy an internal combustion engine until they stop selling gas for it. I hope that day never comes.

But if the future of electric powertrains starts with the Porsche Taycan, my hesitation at the new platform has decreased. Fear has given way to admiration. And I am reminded of how we as humans are made to return to what we love. Whether it is returning to a home town or a vehicle brand, returning to where we started is as natural as the seasons.

Stephen Bayley recently said in the 200th issue of Octane: “Speed alters our sense of space, and the car is speed’s most willing facilitator. The car democratized modernity: in the 20th century, motion became more important than territory or domesticity." While that may be changing, it is only changing in the sense of how speed is generated. So what is to fear?

Finally, consider this point, as kids, many of us likely collected Matchbox and Hot Wheels cars. Porsches were always a favorite of mine, in addition to hot rods and other cars. As I grew older and advanced in my interest in cars, I began to enjoy racing. Then I received a Tyco Electric Slot Car Race Track. How fun it was to try to maximize the speed of the little (electric!) cars by pulling on the trigger of the controller. It became an art to be able to navigate the straights and corners at max speed while racing against friends.

Without realizing it, those of us who shared that common experience were trained to love electric cars, even while our family cars and school buses retained internal combustion engines. Perhaps those joyful experiences as kids will assist us in overcoming any reluctance to embrace the new technology with the same admiration and joy as a traditional flat-six. Enjoy the ride!

A special thanks to Nick Halfman, Porsche brand Ambassador, at Bergstrom Premier Motorcars, in Appleton, Wisconsin, for providing access to the Porsche reviewed for this article. 920-968-5600 nhalfman@bergstromauto.com 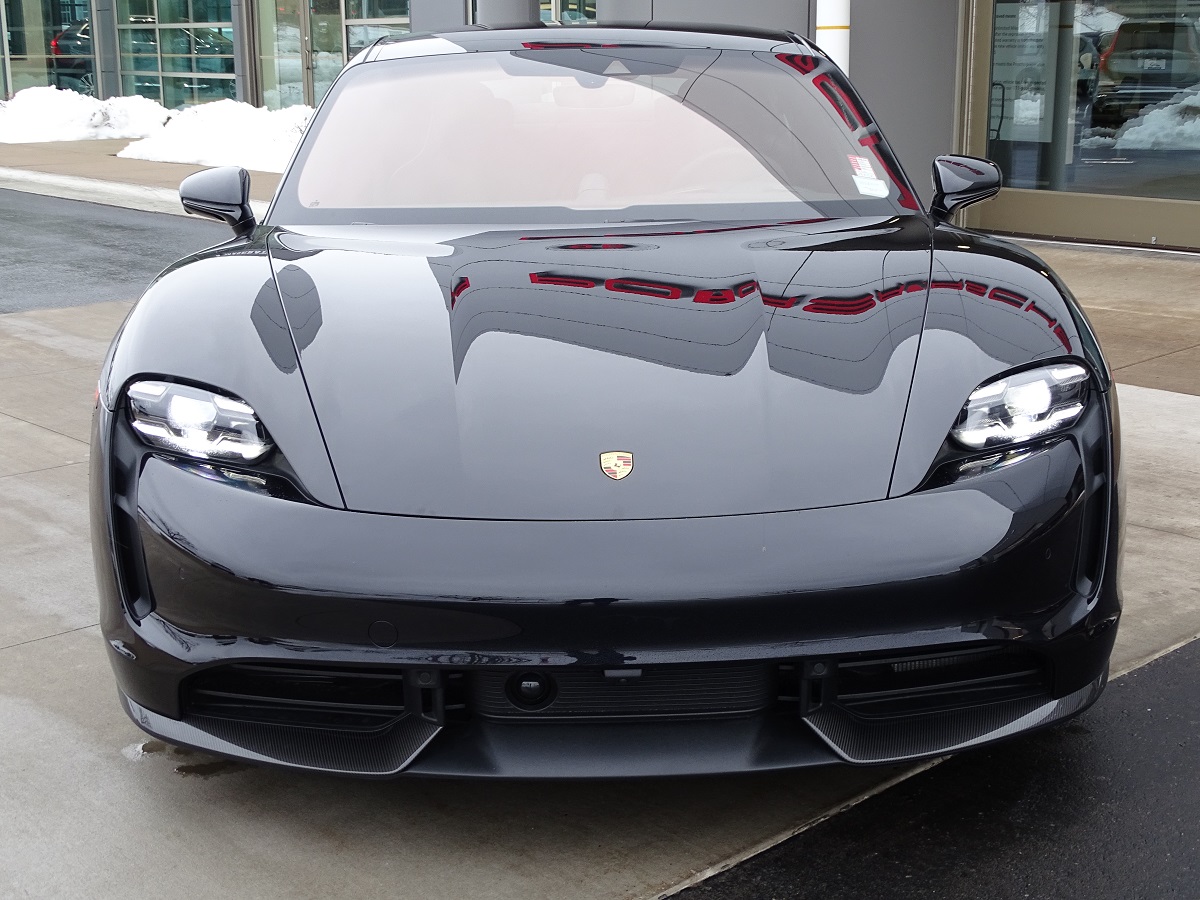 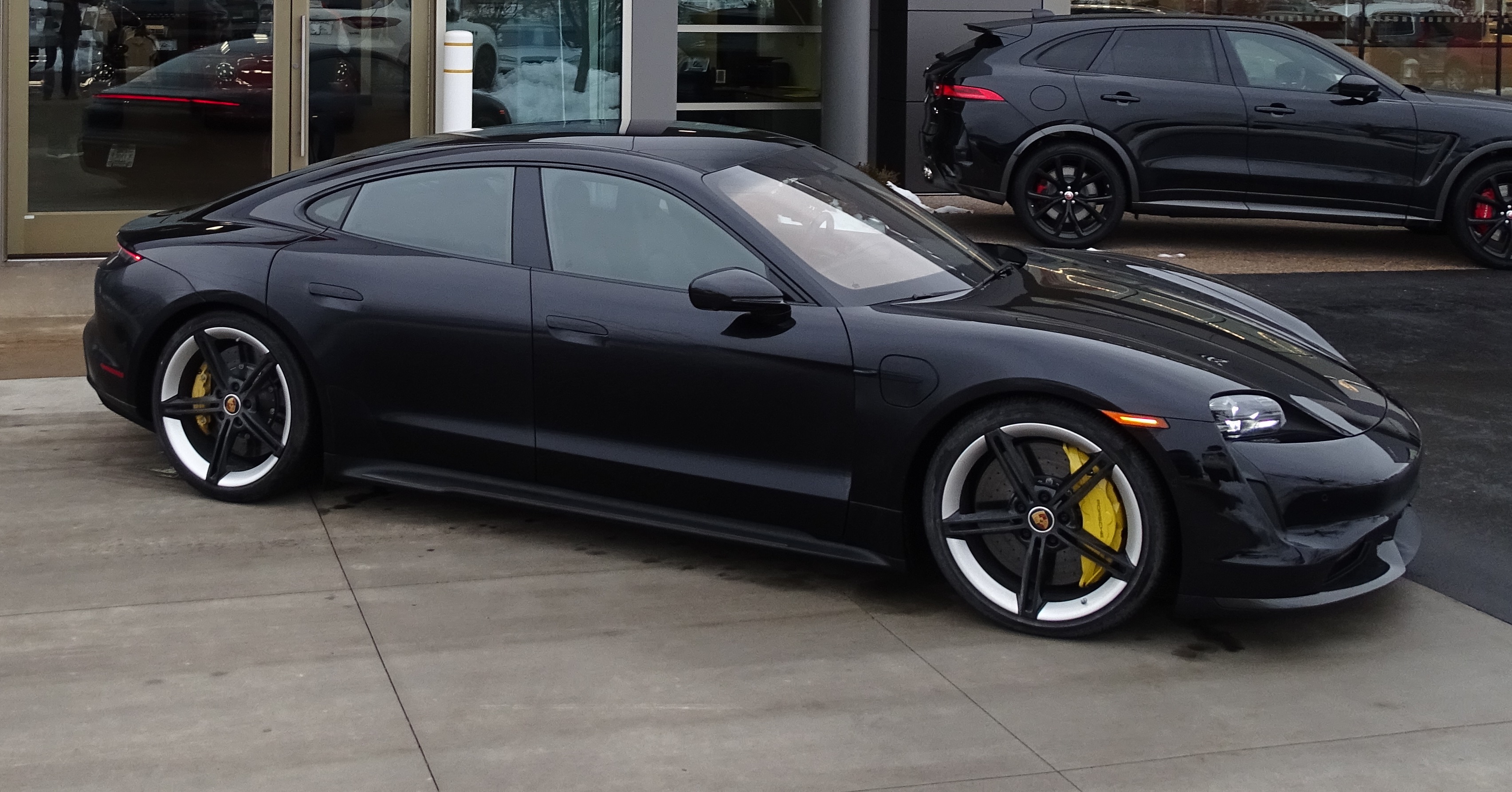 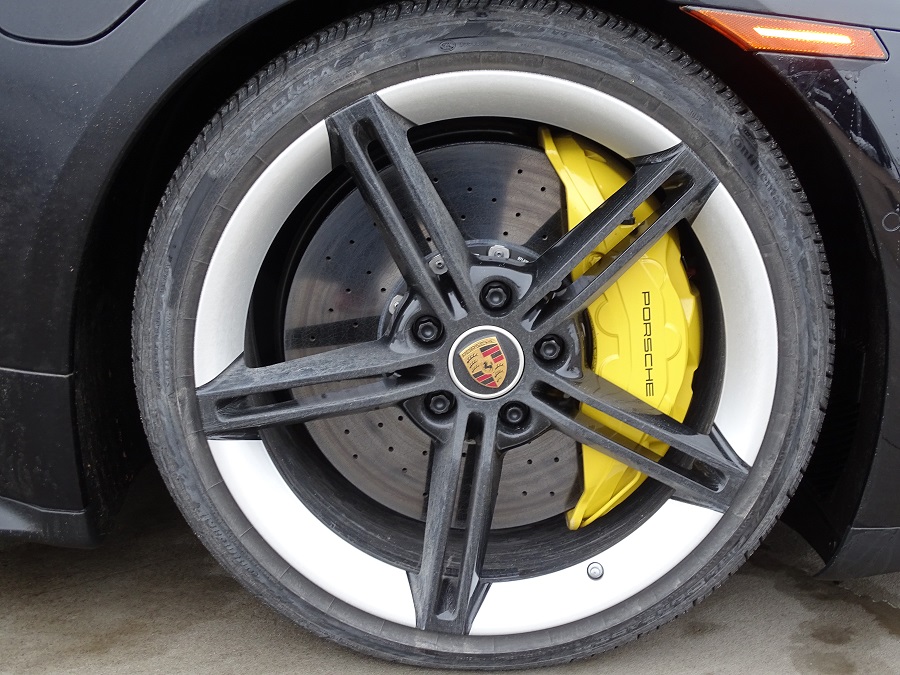 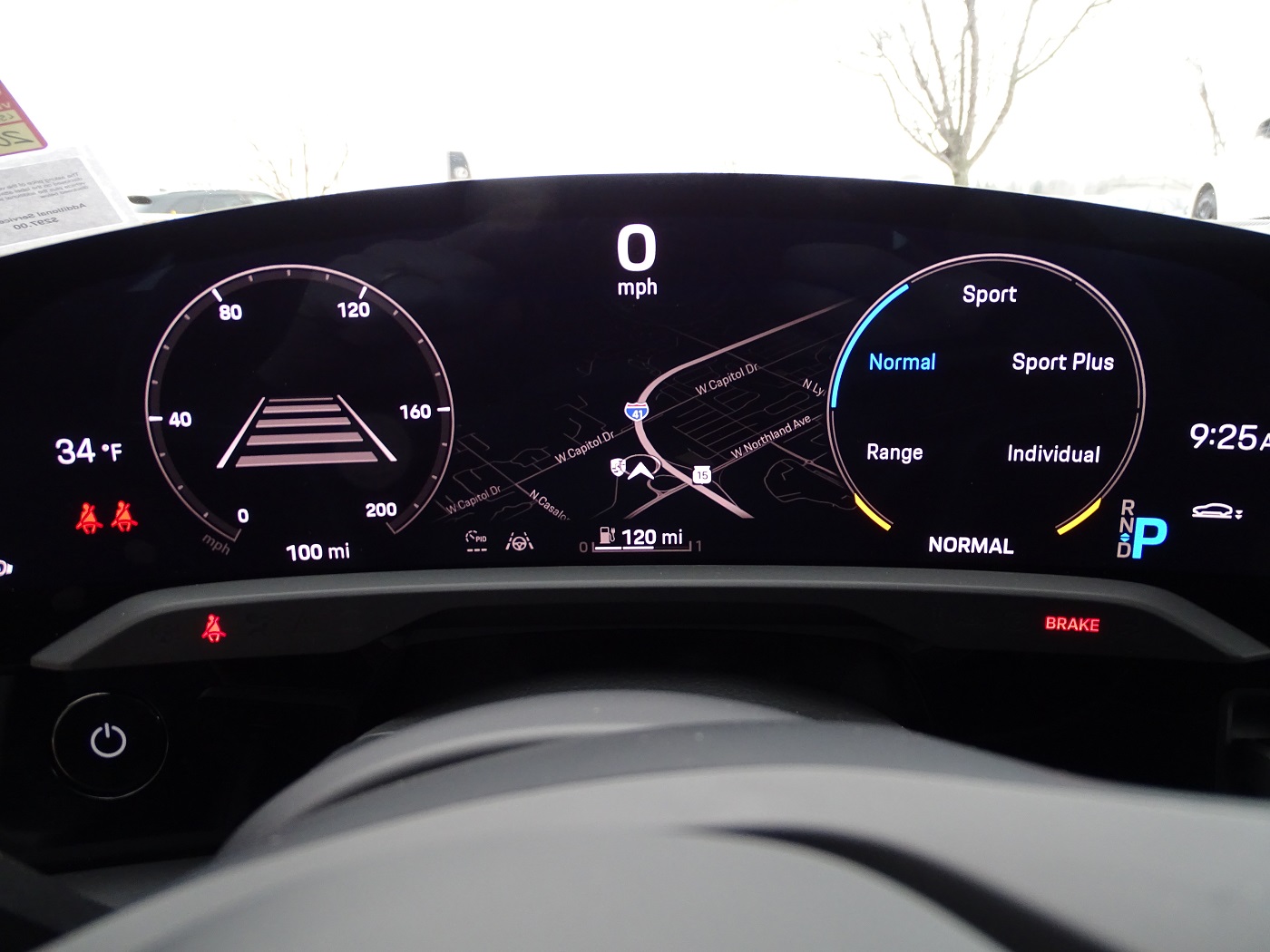 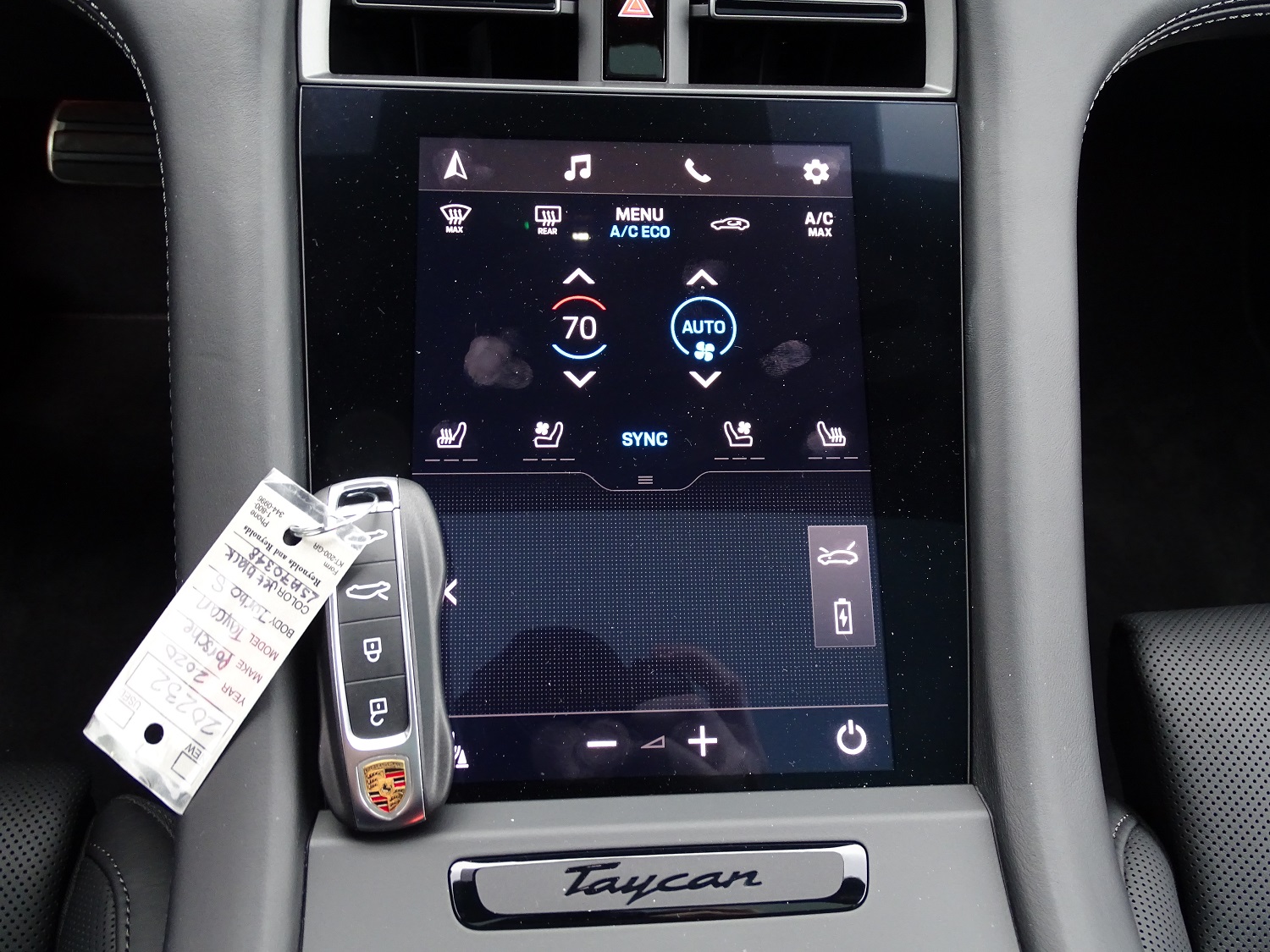